Antonio Álvarez Morán was born in Puebla, Mexico in 1959.

In 1975, he had his first solo art exhibit in his hometown’s Casa de Cultura.

In 1982, he received a B.A. in Graphic Arts and Design from Universidad de las Americas Puebla.

He lived in Santa Fe, New Mexico during the 1980s. There he had art exhibits and was involved in various cultural projects.

In 1986, he had a solo show in the Public Library of Milano, Italy.

In 1987, he obtained the First Prize of the Festival of the Arts in Santa Fe, New Mexico.

In 1991, he became Art Professor in Universidad de las Americas, Puebla. He held the position until 2016.

In 1992, he was granted a Fellowship by the German Government to make art in Germany. In 1995, he obtained another Fellowship from the State of Puebla’s Fund for Culture and Arts.

In the same year, he started the large-scale project El Mural de los Poblanos for a restaurant with the same name in Puebla, Mexico. It was concluded in 2015.

In 2000, he obtained a Master’s Degree in Painting from the Texas Christian University in Fort Worth, Texas.

He had a retrospective exhibit named Santo Niño Pintorcito (‘Holy Infant Jesus as Painter’) during 2004, and an accompanying catalog was published.

In 2006, he obtained a Fellowship from Mexico’s FONCA (National Fund for Culture and Arts) for the Farándula Cubista (‘Cubist Showbiz’) project. It was exhibited in Círculo de Bellas Artes (‘Circle of Fine Arts’) in Madrid, Spain in 2007.

Since 2011, he has been working on the Engaño colorido (‘Colorful Deceit’) project, a reinterpretation of Mexican Colonial art, which includes the short film Los Misterios de las Monjas Vampiras (‘Mysteries of the Vampire Nuns’).

So far, he has presented 50 solo exhibits, and taken part in more than 100 group exhibits.

His painting work has focused on studying and reinterpreting Mexican Colonial and Pre Hispanic Art.

He has been creating watercolor painting series using holy water and centered around his own life origins.

These 140 works were shown in a solo exhibition at the Regional Art Museum of Cholula Puebla in 2022.

Currently he has been exploring Pre Hispanic Art by making contemporary codices on Mexican handmade paper. 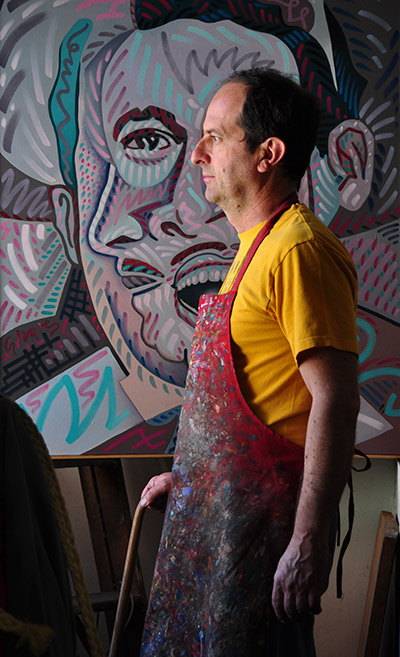 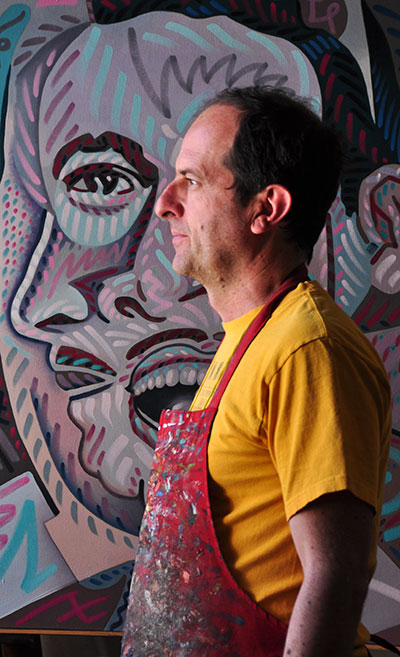 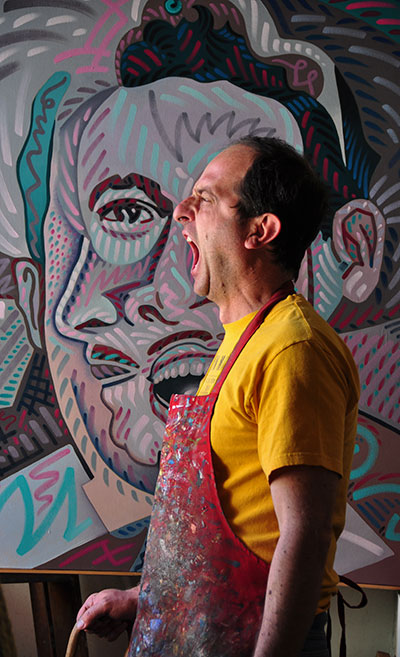 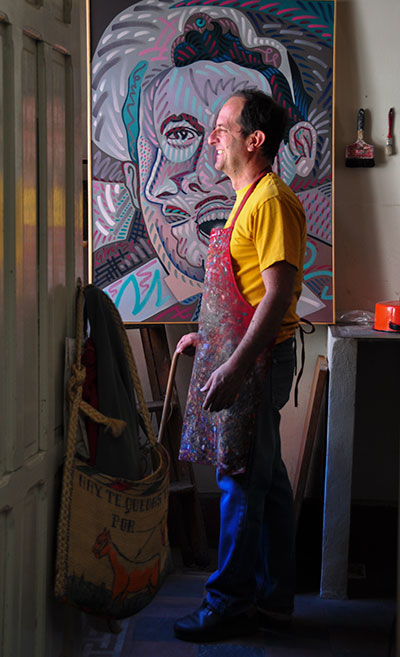 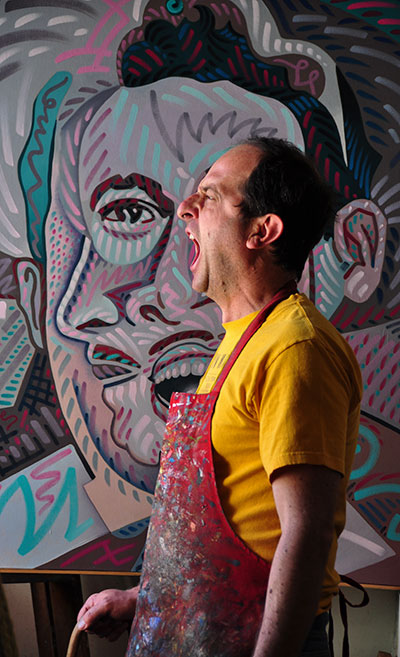 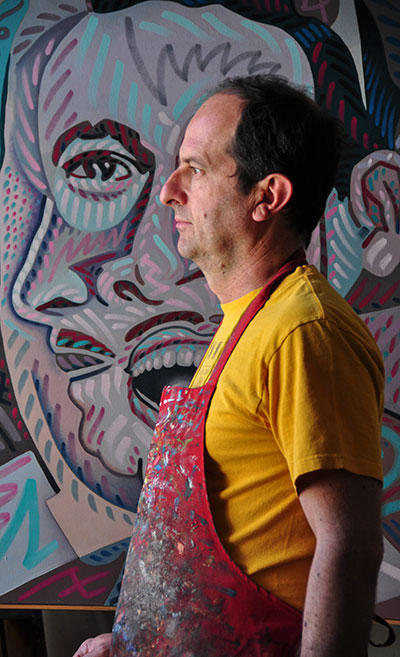 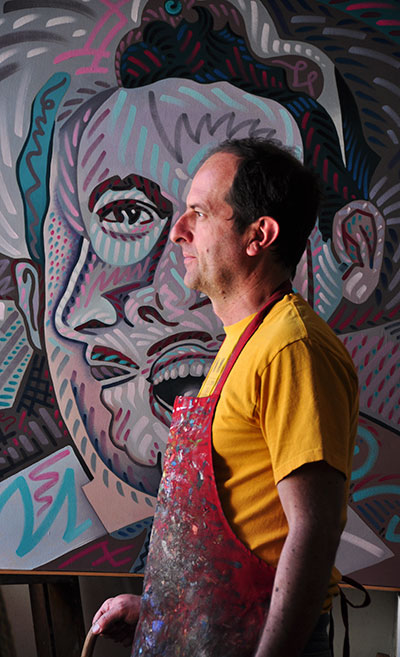 Painter Antonio Álvarez in his old studio at 2 Poniente in the center of Puebla.