Story of a finding

The year 2004 was passing by when Antonio Alvarez – shook by the ups and downs of his eventful life – went back to live in an apartment building known as ‘House of Stained-Glass Windows’ that no longer exists but served as a kind of safe harbor for him throughout the years. It was located in the historic district of the city of Puebla. The building had a few apartments where Alvarez lived in different periods, since the property belonged to his family. When he was a child, he lived on and off in numbers 5 and 6. Then in his adult life, he occupied number 7 as his artist’s atelier.

An enigmatic family composed of father, mother and their daughter were his neighbors. They were quite secretive. There were a number of mysteries about Mr. Abasolo, head of the household. The word goes that one night, as he was coming back home from his job at the National Lottery, he was shot three times in the building foyer. The motive was a briefcase that he always carried along whose contents were never revealed. However, the man survived thanks to his strong build, and – perhaps – he had a wonderful stroke of luck, too.

Later on, the Alvarez’ notified the Abasolos that the building was on sale. This meant that the latter had to look for another place to live. They decided to set up a garage sale to make for a lighter household move. After the sale was over, Alvarez found a folder with drawings which he decidedly purchased for hardly a few pesos. Further exploration revealed that there were thirty-four scholarly pencil drawings copied from lithographs by French artist Bernard-Romain Julien. There was also a print of these lithographs.

All of the drawings were signed by either Ausencia or Concepcion Abasolo. Prolific Ausencia signed and numbered each one of the twenty-four drawings of her conception. (“Concepción” in Spanish) As well, she dated them with month followed by day. All of them were made in 1922. On the other hand, Concepción signed only ten, and their absence (“Ausencia” in Spanish) of date stands out, since only one was dated in 1919. This one was dedicated “To Mom on her day.” As a curious fact, four drawings were made by both sisters after the same model. This allows us to set Concepcion’s skills against Ausencia’s slight shortcomings. 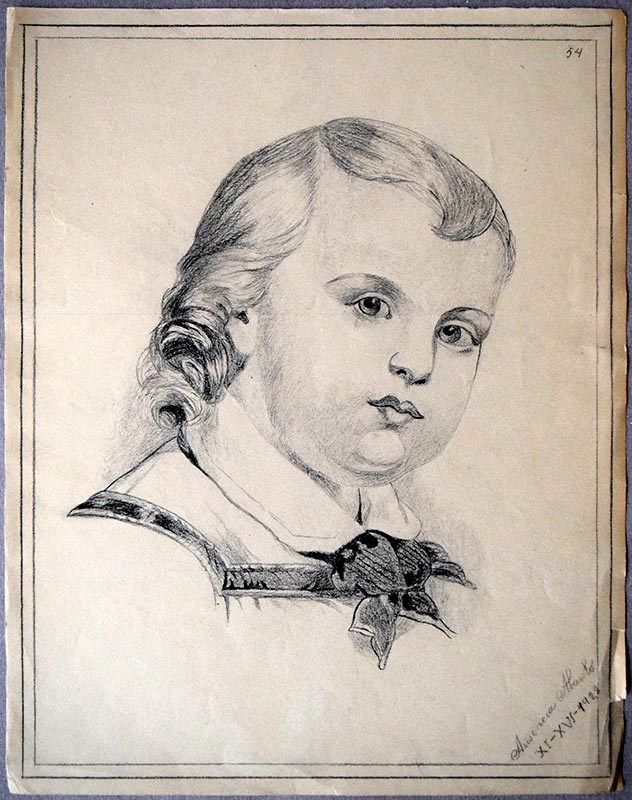 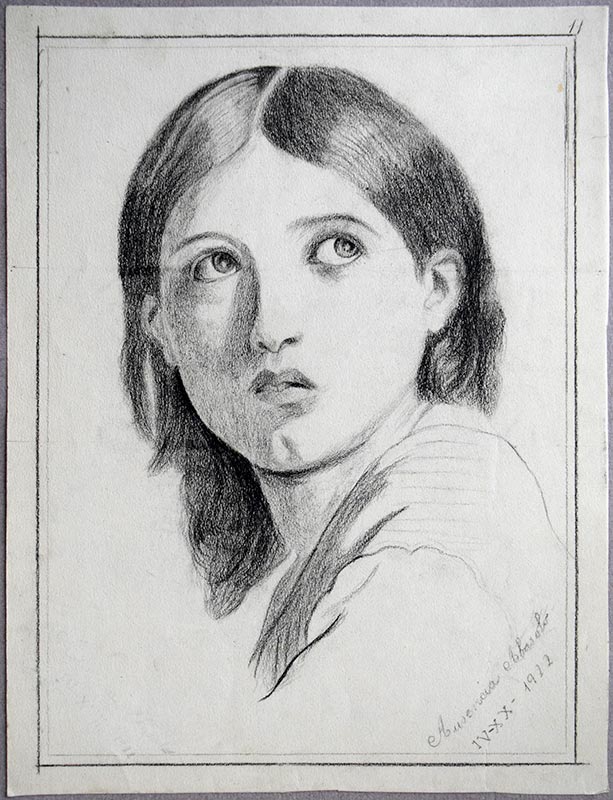 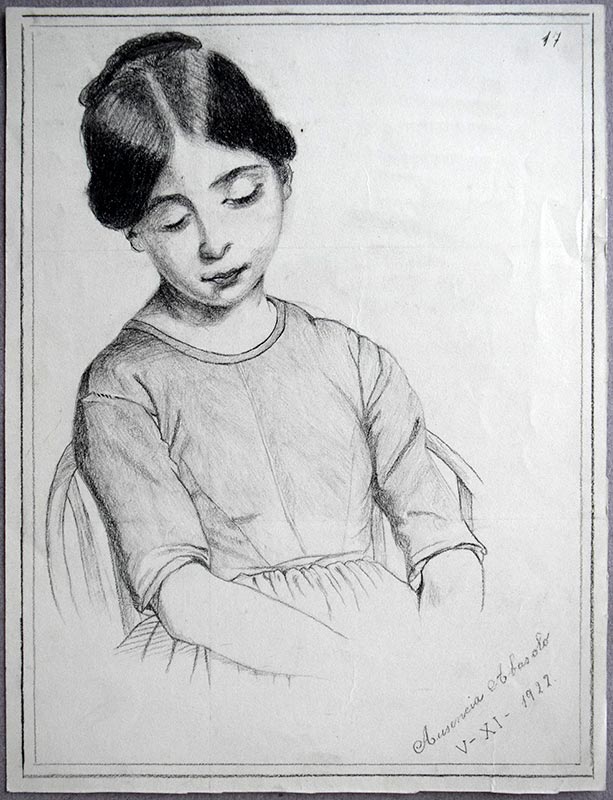 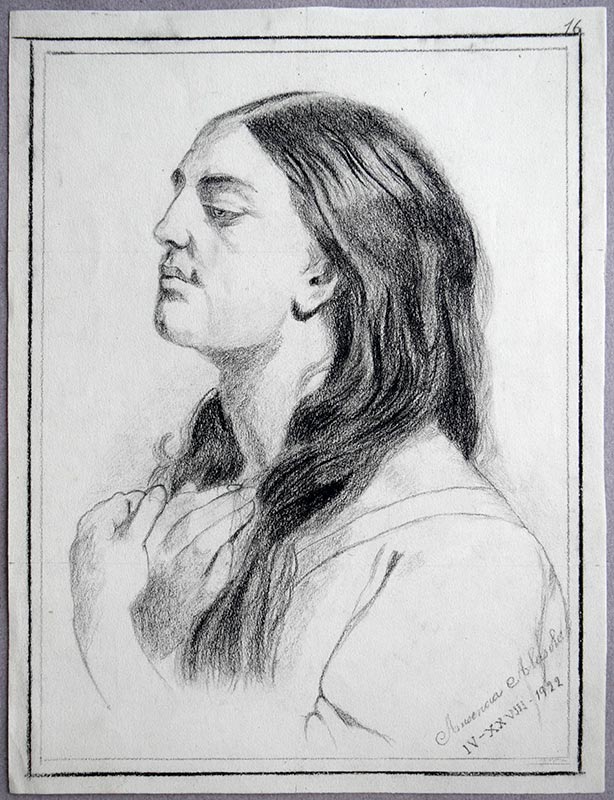 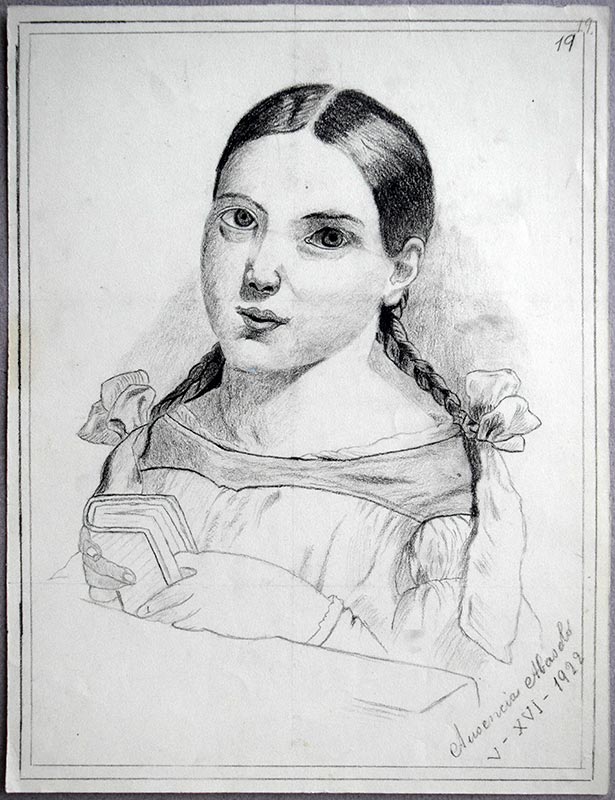 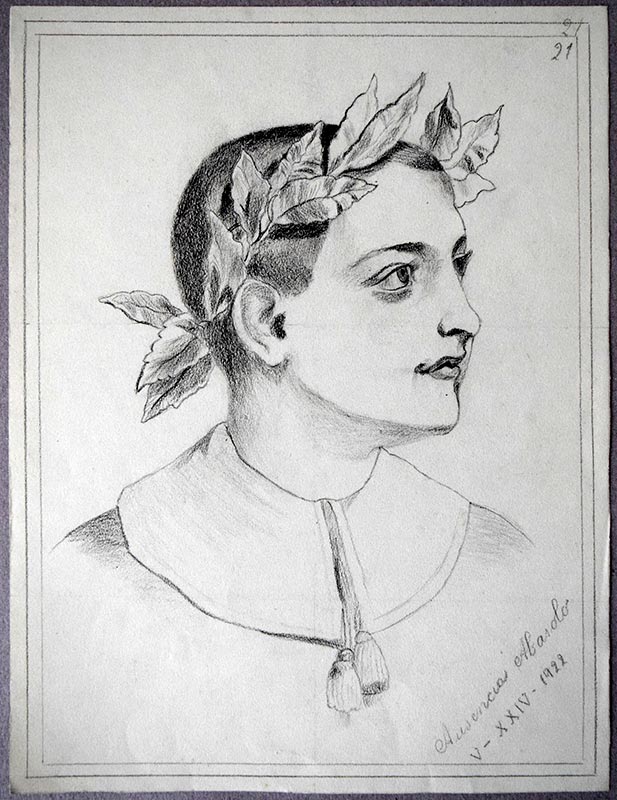 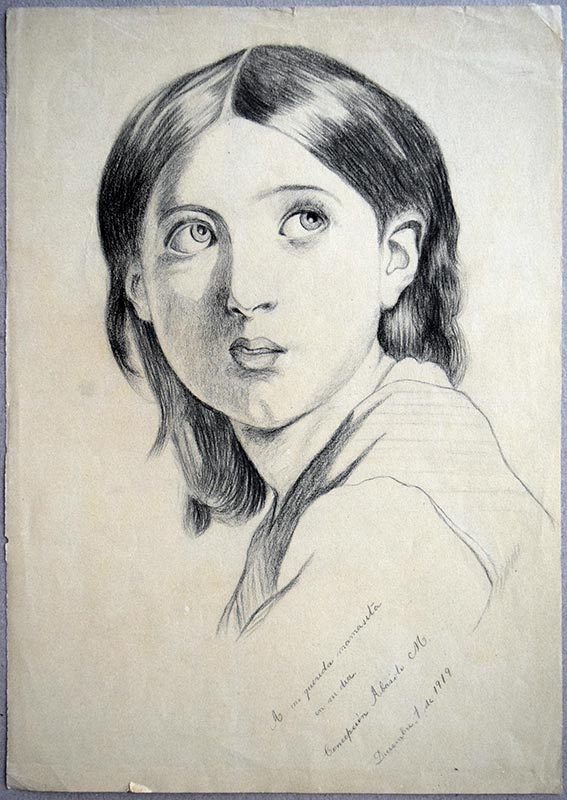 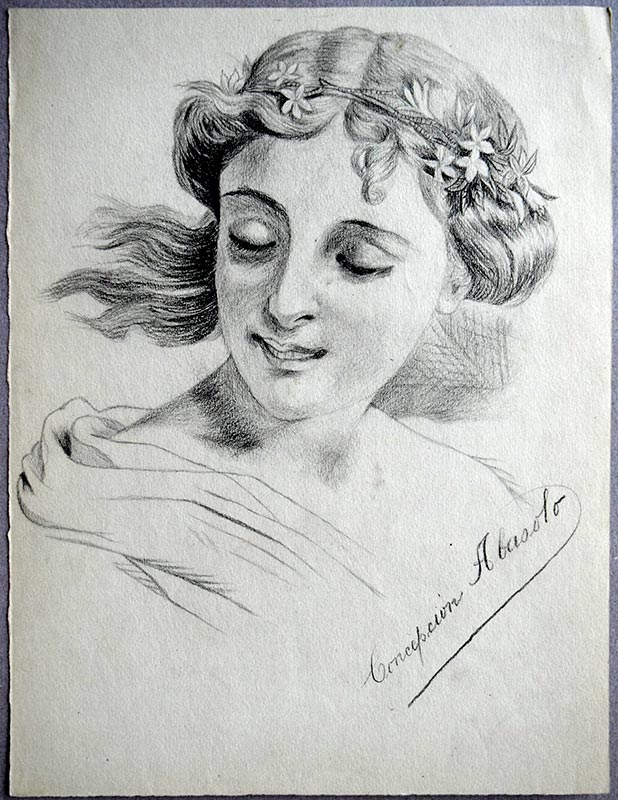 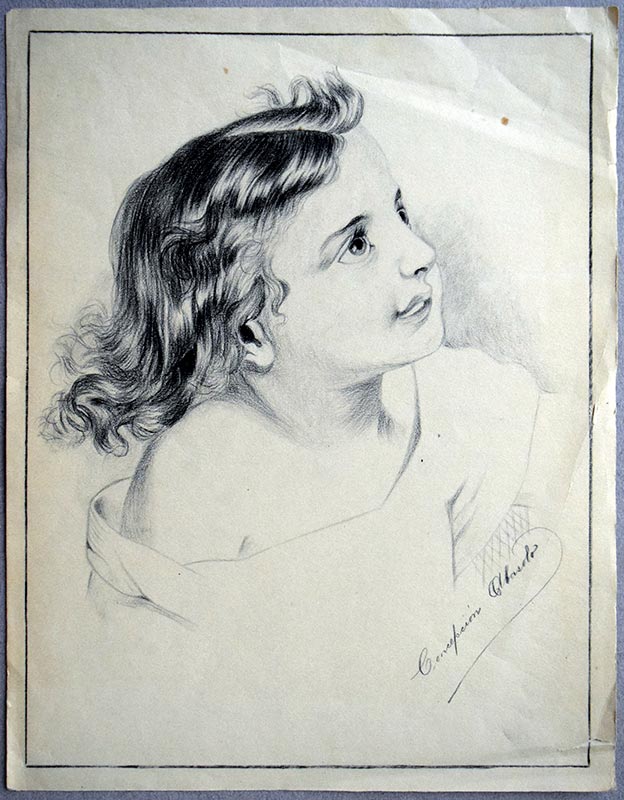 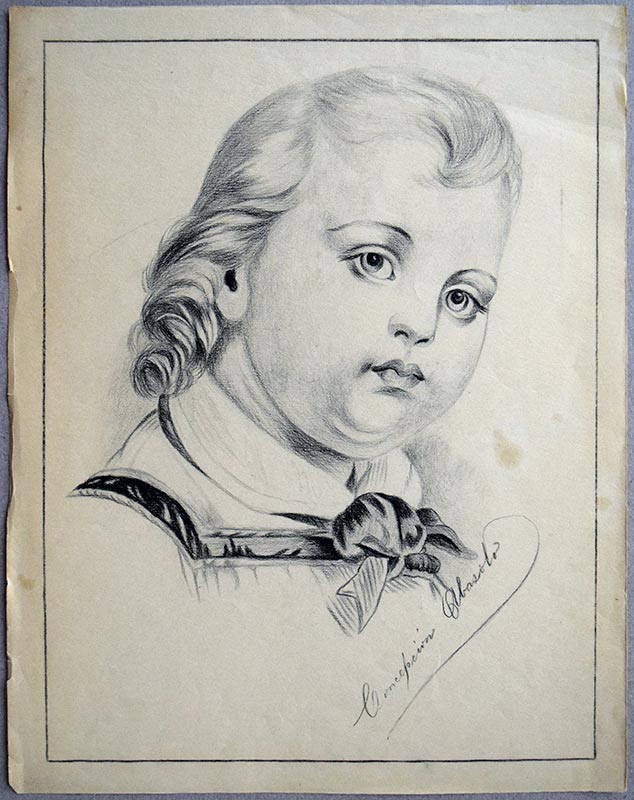 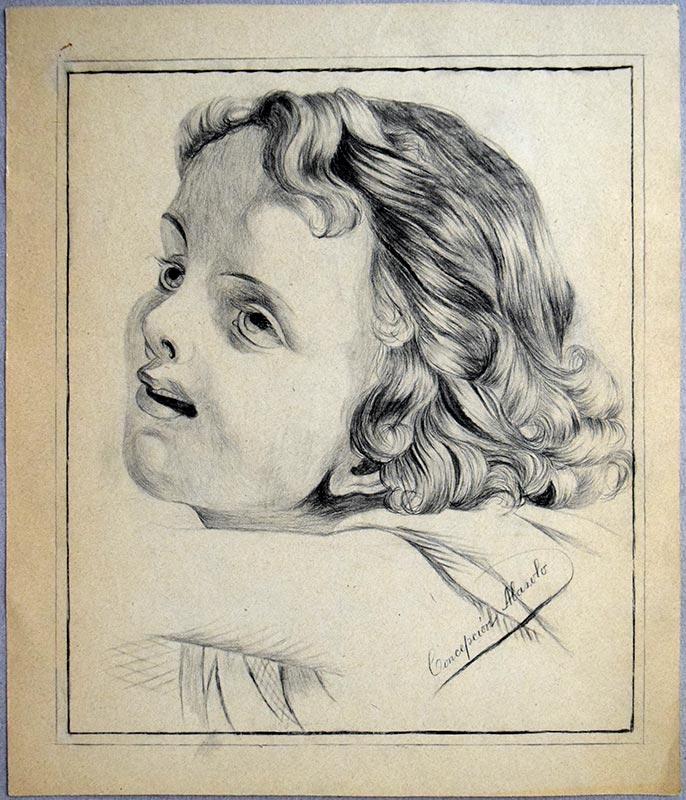 Fascinated by the Abasolo sisters, Antonio Alvarez produced positive outcomes, both creatively and as for research. On the one hand, he got inspired and painted a canvas called “Mystery of the Abasolo Sisters” in 2005, and on the other hand, he was driven with passion to study the artistic training of Ausencia and Concepcion at the Academy of Education and Beaux-Arts in Puebla.

Eventually, both ventures joined together and produced the splendid work that you are looking at. It is a direct intervention on the drawings by both sisters. There, Alvarez gave free rein to his iconic and formal drives, both on negative and positive spaces of the models copied by these two gifted artists.

In 2005 Antonio Álvarez created this first work inspired by the drawings of the Abasolo Sisters.